In Porches Village are the most beautiful chimneys of the Algarve. Enchants us especially by its enigmatic features, constituting the hallmark of the Vila. 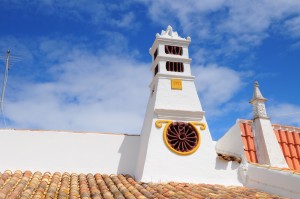 This applies to the chimney so-called ex-libris of the village, built on the secular houses as a keep in miniature. In it, the mysteries involve questions in the reliefs, at the coronation in shots of pine cones, in the circle of staff ends, the wheel of curious rays. And most intriguing is the human figure patent it. Dating from 1793, this chimney is on the street chimney. 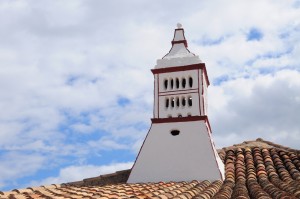 Close by, in the Mail Tray, rises another chimney, probably of the century. XVIII. It has four faces that rise by torn cracks vertically, showing up at the base four circular loops, one on each face.

In the same historic area of ​​Vila is another sign of the local genuineness of the chimneys. It is the Lion of Porches, century building. XVIII where the restaurant with the same name works, boasting a splendid fireplace that features a lion crowned with vine leaves.

Strolling through the village, notice on rooftops, will surely find many more deserving chimneys of his contemplation.